Considered the top reporter in the tech game, Swisher has been reporting on the industry since the early 1990s. She was there when Amazon was looking for its first headquarters in Seattle, when Google was in its garage and when Netflix was just a small startup. Once called Silicon Valley's most feared but revered journalist by New York magazine, Swisher has established herself as the oracle of the tech world with unrivaled access to the industry's most significant leaders.

As the host of her other award-winning podcast shows, Recode Decode and Pivot, Swisher interviews tech execs, politicians, celebrities about their big ideas and how they're changing our world. Through enlightening conversations with people like Tesla CEO Elon Musk, former Secretary of State Hillary Clinton, Facebook CEO Mark Zuckerberg, and many more, the show uncovers and explains how our digital world is changing and how it changes us.
Speaking At
[Keynote] The Power of Tech Well Applied
Bonus Time: Q&A with Kara Swisher 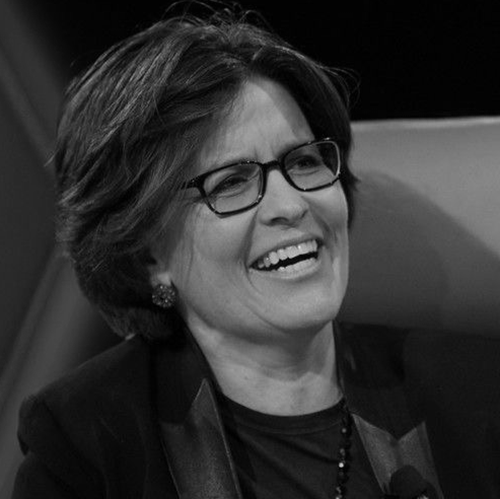